You have to admire New York Voices’ diversity — this is a jazz vocal group that has embraced everything from modal post-bop and Brazilian jazz to Stevie Wonder pearls. And how many artists have devoted an entire album to jazz interpretations of Paul Simon tunes? Not everything the Voices have recorded is great, but more often than not, their sense of adventure and open-mindedness have served them well. After paying tribute to pop-rocker Simon in 1997, the Voices make big band music the main focus of Sing, Sing, Sing. This time, they are backed by a big band and turn their attention to gems associated with swing icons like Benny Goodman “Sing, Sing, Sing,” “Don’t Be That Way”, Duke Ellington “In A Mellow Tone”, Woody Herman “Early Autumn”, and Artie Shaw “Stardust”. Although many of these classics came out of the Swing Era, Sing, Sing, Sing also has its share of post-World War II gems. Ralph Burns’ lovely “Early Autumn” is a gem that Herman recorded in 1948, when he was exploring bop with his Second Herd and the Four Brothers. And “Orange Colored Sky,” which was a major hit for Nat “King” Cole in 1950, is quite relevant to the CD’s big band theme because Cole recorded it with the Stan Kenton Orchestra. This CD is a major departure from the Voices’ Simon tribute, but considering how flexible they have been, it isn’t surprising that they would do something completely different this time. Sing, Sing, Sing is a rewarding addition to their catalogue.

(Review from All Music Guide) 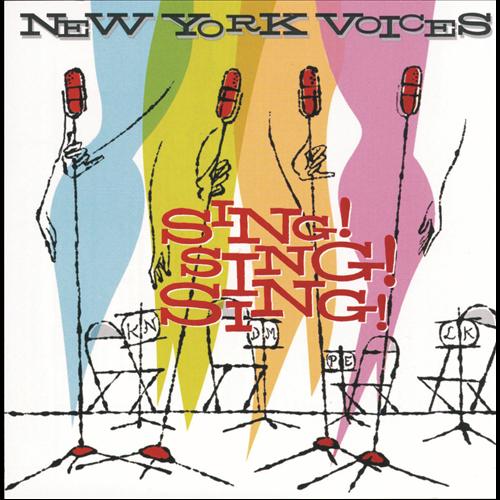